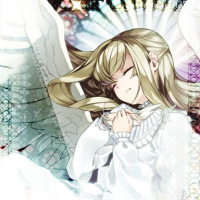 ChaserXX painted a world view with the main concept of "race", although I expressed it freely and without permission, not bound by the concept itself, I made it more freely, moved by an impulse.

The theme of this song is "emo".

I usually consider it a "bad" word. Have you used it before?
It originates from the English word "emotional", it seems to be an adjective that is hard to describe, but when I thought about something that belonged in a nice time and space, "I don't really know, but OK...!!!", that word almost leaked out of my mouth.

So I came writing a story myself, I had to carefully write the lyrics and the song in order to make full use of the "emo" concept.

I thought "After all, I have to create an emotional song and lyrics", so my best memories at the time of the production of this song are that I spent too much emotional time and not enough making songs, let alone go back to reality.

I was thinking at the time of writing lyrics, when I say "desire", is that I want to do ΔΔ because of ○○!, with a strong image of self denial, so it sounds like there is a bad image, but when I say "aspiration", is something that I want to get ΔΔ out of my heart!!!
The nuance of both words, the impulsiveness and the true heart, sounds nice and creates a beautiful image.
The meaning of both words is close on paper, but roughly translating them into a English, both are desire.
Those who understand the difference, please tell me secretly later.

This time for Junshin karen desire, rather than naming it after "desire", it was named after an innocent, pure white image.
Fernweh's Kuroa*, who was in charge of the vocals, was the one who meshed the world view of my songs with the song altogether.
By the way, Fernweh was formed with my songs as the main axis. I would like to talk about its formation, but it'll be long, so it'll have to wait for another opportunity.

I think that it was possible to produce the best "emo" by combining it with the image that the designer created.

This is such a song.

I was very nervous of this opportunity to sing in beatmania IIDX!

When I heard Junshin karen desire for the first time, I thought I was supposed to sing a strong song!
In addition to the sad and emotional lyrics, I sang powerfully to match the world view, running through to the last as I wanted to escape from it.

Personally, I think the part with my low notes are very good, and there were parts when I asked directly "I want you to use this, absolutely!"
"Is it here?" It's what I want you to think while listening.

By the way, I started playing beatmania IIDX again since I sang this time!

I'm still a beginner, but I would be glad if you see me playing, and watch me over with kindness.

This time, the video was produced with the angel Rche as the main character.
Although this information was presented earlier in a soundtrack, there is a story of an angel named Saruis who likes Rche.
Falling in love, and followed the fallen Rche.

Saruis always looks sullen and sweet, and while I wanted her to have a more serious expression when involved with Rche, eventually I gave up and made a cheerful look.
Saruis always has a grim face in front of other people, but in front of Rche she becomes her own self.
It's a song has somewhat broken, beautiful, and intense emotions, so I reflected that in the love that she kept in her heart.