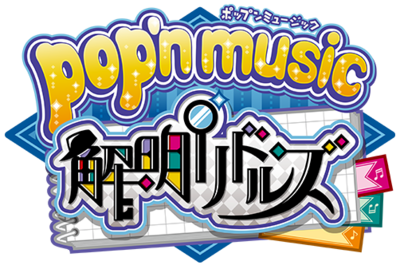 The goal of the event is to unlock songs by solving a series of riddles. First you choose a client character, and then you progress through the event by solving riddles, which are shown after selecting the client. There are two types of riddles:

In addition, hints will be added over time as you play, up to a maximum of three.

Once you reach a Clarification Level of 100%, a song will be unlocked. For more information regarding Riddles and their solutions, please see this page.

Although this event started in peace, players can only get fes boosts by playing that game. For more information, please see its respective page.

The following song could be unlocked by having played ten credits of pop'n music 解明リドルズ from December 24th, 2020 to January 22nd, 2021. It will be available on your next credit.

Shutchou! pop'n quest Lively II (出張！ポップンクエスト Lively II) is an unlocking event that started on July 21st, 2022 and will end on September 1st, 2022. It allows to unlock songs from pop'n music Lively by clearing the following conditions:

The following songs have received new charts since their last appearances:

The following song has received new ratings since its last appearance: