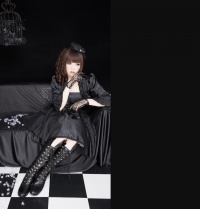 Originally known as ふたなりP (Futanari-P), OSTER project is one of the leading Japanese VOCALOID producers since 2007, though she already started to compose music in her early teens.

OSTER project is a long-time fan of the beatmania and beatmania IIDX series; according to the artist, both have significantly impacted her music production in her early composition years.

Her sound is very versatile, although more rock-oriented than her fellow members from beatnation RHYZE. She has constantly done jazz, progressive and rock tunes, as well as pop and drum'n bass songs.

OSTER project is part of the beatnation Records label since April 10th, 2014, as dj TAKA's choice.