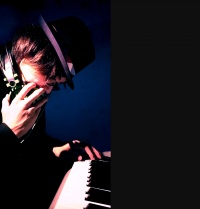 Masaya Oya, also known as かめりあ (Camellia) and Cametek, is a VOCALOID producer and one of the rising artists in the Japanese EDM scene. A frequent contributor to FLOOR contests and one of the two primary winners of the KAC2013 Original Song Contest, he's become one of the major names in the SOUND VOLTEX series, known for composing fast songs that often average around 200 BPM or higher. Outside of BEMANI, he often releases his albums under his own circle, かめるかめりあ (KamelCamellia). He's also a member of EXIT TUNES Dance Production as well as Masayoshi Minoshima's DOWNFORCE and Alstroemeria Records labels, and his popularity has allowed him to appear as a guest in many doujin circles such as HARDCORE TANO*C and Diverse System.

Masaya is an all-round artist, being proficient on piano, bass, and guitar, as well as for having a varied music style, having dabbled in several styles and countless genres. He's well versed on EDM, dubstep/drumstep, electro, glitch hop, and psytrance, but often does trap, hardcore, hardstyle, and speedcore. He also composes denpa music, often collaborating and even releasing a few albums together with vocalist nanahira.

Masaya is also part of the beatnation Records label as of April 10th, 2014, as Sota Fujimori's choice.