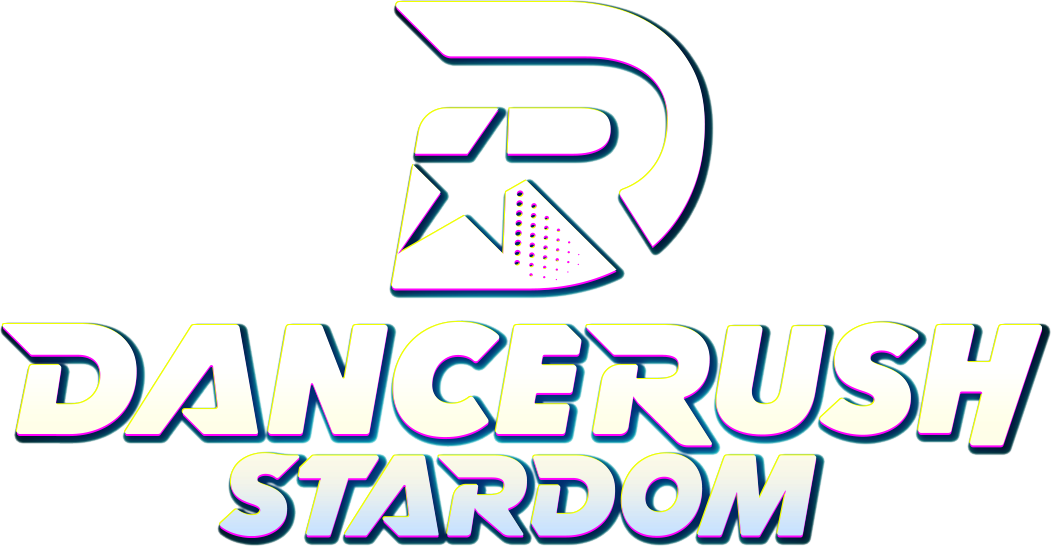 Note: Songs listed with a grey background have been removed from DANCERUSH STARDOM.

The following songs can be unlocked from the song selection screen with Stars (★), which are obtained by clearing songs. For a complete breakdown of how many Stars can be obtained, please see this page.

For a complete breakdown of the stars required to unlock the following songs, as well as their respective Discount Missions (if any), please see the Stars Unlocks page.

EXTRA STAGE became available on April 27th, 2018 for STANDARD Mode only. To access EXTRA STAGE, players have to fill the EXTRA GAUGE by obtaining more than 180.000 points combined between 1st and 2nd Stage, regardless of difficulty and level of the songs chosen (Lesson songs can also be used to access EXTRA STAGE).

While playing EXTRA STAGE, the life gauge is replaced with an EXTRA LIFE GAUGE, represented by 10 Hearts. Each BAD (not counting JUMP and DOWN notes) removes one Heart, and once all 10 Hearts are depleted players will fail the stage.

EXTRA STAGE songs can also be unlocked for normal play by purchasing them with 200★. Only FLOWER (STARDOM Remix) and DANCERUSH STARDOM ANTHEM required 300★.

As of March 11th, 2020, KONAMI has rolled out EXTRA STAGE unlockable without prerequisites and purchasable with 100★ instead:

The following songs could be unlocked by entering The 8th KONAMI Arcade Championship and playing once during the time period when they were available.

These songs were added to the EXTRA STAGE folder on January 29th, 2019.

As of March 24th, 2021, these songs have been made available to purchase with ★ without prerequisites.

The following songs can be unlocked by obtaining 9 play stamps. Stamps are obtained for the 1st, 3rd and 4th plays of the day. Each stamp up to the 8th also gives a star bonus.

The SPARK FESTIVAL event is based off of an EDM festival and is split into two parts, RISING DAY and SUNSET DAY.

The unlock system is presented as a timetable divided into sets, each one featuring a different artist. During an artist's set, a new song will be available in the "NOW PLAYING" section. Each credit spent progresses the timetable and each set takes six credits to finish. Once a set is finished, the song can be unlocked for normal play by purchasing it with Stars (★). Like with regular unlocks, completing missions will discount the number of Stars required.

Since the 2019 iteration of the event, a ONE MORE EXTRA STAGE song is accessed upon finishing the last SUNSET DAY set (even if not playing in STANDARD Mode), which is forced to Normal difficulty. However, the EXTRA LIFE GAUGE will only have three hearts. The song begins without returning to the song selection screen, so previous options will carry over. If the ONE MORE EXTRA STAGE is cleared, the song is unlocked immediately, otherwise it will need to be unlocked in the same fashion as the rest of the set. Each player only gets one try for ONE MORE EXTRA STAGE. Stars will only be earned if playing on STANDARD Mode.

Like other DANCERUSH STARDOM events, SPARK FESTIVAL has yearly iterations with new songs:

After their respective events ended, SPARK FESTIVAL songs have been made available to purchase with ★ without unlocking from different dates:

The DANCERUSH STARDOM GYM allows players to unlock new songs by having to clear five gym programs by advancing of one hour each program's clock.

Similar to SPARK FESTIVAL, during a gym program the respective unlockable track can be accessed in the "NOW PLAYING" folder. Each credit spent moves the clock's minute hand (LIGHT mode advances it by 10 minutes, STANDARD mode advances it by 12 minutes, PREMIUM mode advances it by 20 minutes). Once 60 minutes are reached, the song is moved to the "TRACK LIST" folder, and can be unlocked for normal play by purchasing it with 30★.

In each event revival, the progress is multiplied by 1.5.

After their respective events ended, DANCERUSH STARDOM GYM songs have been made available to purchase with ★ without unlocking from different dates:

During certain time periods, players can upload their videos for the charts included on the DANCE GUIDE AUDITION Target Songs (ダンスガイドオーディション対象曲) folder. Note that you can only upload a video where a FULL COMBO during PREMIUM MODE is obtained. Afterwards, players can vote for their favorite video, and the choreography with the most votes will be included in the game as a DANCE GUIDE for that chart.

Starlight Kiss and True Blue (STARDOM Remix) are now playable by default from December 20th, 2019.
Players that did not vote for any of the ～KONAMI ORIGINAL vol.1～ AUDITION winners can purchase glacia (STARDOM Remix) with 200 ★ from March 4th, 2020.

The following songs could be unlocked by entering The 9th KONAMI Arcade Championship and playing once during the time period when they are available.

These songs were added to the EXTRA STAGE folder on February 13th, 2020.

The DANCERUSH STARDOM 炎のDANCE合宿 event consists on courses specialized on different patterns (T step, Running man, SpongeBob, among others). By clearing courses, alternate charts for old songs will be unlocked, and once all three courses are completed, a brand-new song can be unlocked. Progress on each course can be tracked by pressing the 0 button on the numpad while on the song selection screen.

This event has three parts:

These songs were added to the EXTRA STAGE folder on March 2nd, 2022.

The following song could be unlocked by having played ten credits of DANCERUSH STARDOM from December 24th, 2020 to January 22nd, 2021. It will be available on your next credit.

The RANDOM CHALLENGE unlocking system was introduced on May 19th, 2021. By using RANDOM SELECT during the event period, a hidden song will appear with a certain probability. Clearing it once will make it appear as a Discover Mission, and once its respective Discover Mission is cleared, it can be unlocked with 160 ★.

From March 30th, 2022, Sakura Reflection (STARDOM Remix) can be unlocked without prerequisites.

This event started on July 13th, 2022. This event uses the Discover Missions unlocking system. See its section above for more details.

The following songs have been removed from DANCERUSH STARDOM. Songs marked with ※ were already removed from the Chinese version of the game at launch.

These songs don't appear in the Chinese release of the game: