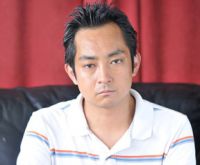 Hiroyoshi made his BEMANI debut in 2005 on DanceDanceRevolution EXTREME2 with SEDUCTION and TOMORROW. Kato also provided the background music for this game. Since then, he has been a regular contributor to the DanceDanceRevolution series, occasionally appearing in other BEMANI series.