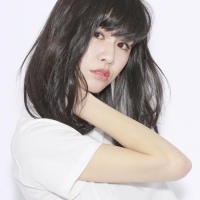 Kanae Asaba is a Japanese singer, songwriter, and music composer who's signed on to avex trax's management office. Her first release was Cafe Romano (カフェロマーノ), when she signed on to South to North Records. Since then she has expanded her career to include composition, writing, piano, and even orchestras.