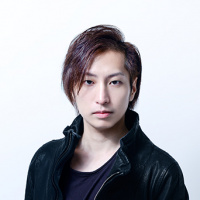 Tatsuya Fukumuro, more commonly known as Nhato, is a DJ, composer, and producer from Tokyo. Being one of the recent big names in trance music in Japan, he often steps out for progressive/electro house, dubstep, and more recently EDM.

He first started arranging music under the alias "kyu" in the mid-2000s, which would later be phased out in favor of his current alias around the turn of the decade. He's affiliated to both the Otographic Music and wavforme labels, and he often collaborates with doujin release labels such as Alstroemeria Records and Diverse System.

Currently, Tatsuya is a leading composer for ANAGRAM, a music production and design team.