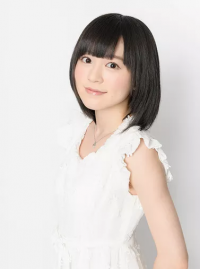 Yuki Nakashima is a Japanese voice actress, model, and actress. She was a member of the voice actor unit Earth Star Dream until December 2017, when she left to pursue a solo acting career. She was previously affiliated with EARTH STAR ENTERTAINMENT until that company announced it was moving out of the TV talent industry, and she is most recently associated with Beffect. Outside of BEMANI, Yuki is best known for her roles as Yuuki Otokura in THE IDOLM@STER CINDERELLA GIRLS and Lisa Imai in BanG Dream!, replacing Yurika Endo in May 2018 for the latter.

Since mid-2017, Yuki is one of the hosts of BEMANI Namahousou (kari) (BEMANI生放送(仮)), alongside MAD CHILD and Ranze Fukushima.