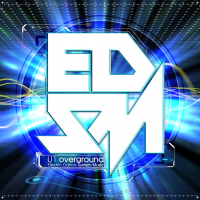 It must be a strongly brilliant thing.

Therefore I came to "overground".

To declare it. The new daybreak.