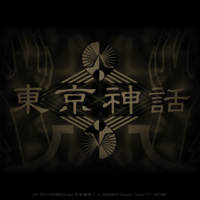 It is said that God will fight with that God.
None of this will ever be fine.

When I was a freshman in high school, I had already been baptized by the GABBAH shock of beatmania GOTTA MIX, but after clearing the first PS DDR nearly 100 times at home, I was able to do the hidden song "2MB / PARANOiA KCET ~clean mix~", an unusually clean hardcore techno track that appeared there, and it once again blew me away.

This is a room at KONAMI, and the composer, U1-ASAMi himself, aka 2MB, is right in front of me.

This song of yours, when I was in school, I was so amazed at how beautiful hardcore techno was in the world.
Later on, I started scouring CD and record stores for similar styles of music. But...

"No. There's no music in the world in that style."
It was said to me.

Yes... there is none...
There's no other place in the world where you can find this kind of music but in music games.
It was only in a few of your songs, especially when it came to that style.
I've made a lot of efforts to do this. It's gabber, but I put in some solemn sounds, and if that doesn't work, I'll take music theory and try to make it a little more melodic.
Oh, and by the way, the reason why my songs often consist of "song title A ~song title B~" is probably because of your music.
Oh, and by the way, your music may have influenced my basic rhythm structure, which is a two-bar loop with a lot of bass drum...
But there's no point in trying to imitate everything that's on the surface...
It's too different in its innate ability and direction.
That song is just too awesome...

"When it comes to your charms, there's rave stubs, gabber kicks, and... odd voices...? That's what I thought it was supposed to be, though."
That's right. I've stopped obsessing about what I can't do. I don't have the same talent as you.
So what you just said is in fact part of my fascination.

"Yeah, well, let's get it all out this time."
Huh?
"All of them. We've stopped doing what we can't, haven't we? Then we'll do everything we can."

The collaboration has begun.

I was immensely stunned with the sound source that was sent back to me later.
"The sounds! You increased them! What's going on? ( ‘ᾠ’ ;)"
"HAHAHA, there's more. Also, a few seconds of female voice are halfway through, so increase it tenfold."
"Tenfold!!?? You're not going to make any more noise, do you!!?? I wasn't thinking of the lyrics or anything like that in the first place!?"
"Once upon a time, there was a god of technology, a Technouchi god, who was loved by all."
"What's going on!?"
"One day, the ancient god Yaoyorozubit, whom the god himself had revered since he was a child, suddenly descended on the village of the god Technouchi."
"That..."
"At first, he just prostrated, but now the Technouchi god is a God. One God is enough for one person. So the Technouchi god had a change of heart, the ancient god responded, and the battle began."
"That..."
"It's like, "Close the eyes of the young and strike a stake through the heart"."
"Let's go with that."
"I knew you'd understand."
"I'll take care of it. Now I've also come up with a straightforward spell to disperse the gods and evil spirits."
"It's going to be a good song."
"Yes, I'm sure."

The production itself was right after I finished working on Junshin karen desire, so I remember I was struggling to switch my mind to the opposite world for about a week.
I just loved the song so much and I really wanted to be a part of it, so once the transition was made, I was very immersed in it.
It's like you can't turn a rhetorical line, your eyes are swimming in the air, and your brain isn't coming back... that's what it feels like, this song.
It really is "alive!" It was a tremendously fun process that gave me that feeling.
It was.
I'm on my back.
Maybe it's not just because of the emotions, but because I was physically in the front of it all along....
I was so surprised that I couldn't move for days, so please be careful with your back, everyone.