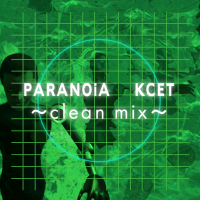 ※ This chart is different from the later BEGINNER chart (total notes: 89).

※※ This chart is different from the later DOUBLE EXPERT chart (total notes: 362).