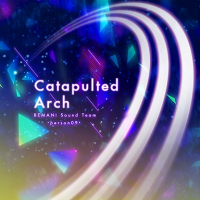 It's a minecart! Why don't you draw a parabola too!! Let's inject!!!