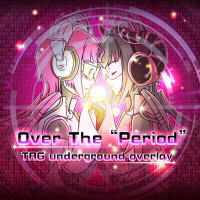 I had planned the story for Replicant D-ignition from the beginning.

Replicant D-ignition began.
It was finished with EGOISM 440, a really good job by U1, and then MAX.(period) appearing at full force. Is the arcade series finally over? How many people thought it was?
Meanwhile, someone tweeted.

"TAG has yet to appear"

So the condition was clearing the ENCORE EXTRA STAGE with a PERFECT FULL COMBO while playing in DIFFICULT? Now that Good is part of a combo, it seemed like that antithesis of hard.
I think that there was not a sense of tension at all.

Since X3's LOVE IS THE POWER was cleared up easily, this time the Difficult chart was made Level 15 so it would not be able to be cleared that easily, but it was a bit overkill...

It just rolled out in a direction that I never thought.
Top players recorded it. A song that was gradually cleared.
When the strategy battle involving not only Japan but Taiwan, South Korea, North America, etc. started, there was a feeling of excitement and expectation similar to whether human beings could reach an unknown planet for the first time.
I checked the progress everyday and was amazing. Today, the human race has reached so far.

And when the long-awaited first clear arrived, I was happy as if I cleared it.
However, at that time there was another chart cleared besides Difficult. "Beginner chart seems to have been cleared... Even though it is the easiest chart of Over The “Period”", "It is a real hell...", but I knew the veteran player who came this far would do it.

When the melody from Another Phase appears in the middle of the song, please remember the story that began with Another Phase, the song that symbolized the DanceDanceRevolution title which removed the numbering, and that ends with Over The “Period” (but it is not the end!).

Let's advance together. The light points to the place beyond.

Why do you need KONAMI ORIGINAL songs?

The direction was decided, it was a two-shot jacket featuring RINON and "The Dark One", it's an impressive jacket which I memorably remember drawing it while listening to TAG, NAGI, and others in the staff team discussing about the story and the content of the event.

Looking back to my work folder at the time, there are many patterns of rough layout images in which various words were written.

I drew the jacket from one of the designs chosen by TAG chose from those layout images.
Among those words, one of the impressive words that were featured on it was "it's not a confrontation between those two characters".
While listening to the song, its jacket pictures the image of what is further beyond the end.