Not to be confused with (or related to) the beatmania IIDX series of RENAISSANCE songs by D.J. Amuro, A, AA, F, and X. 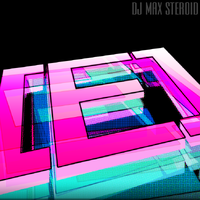