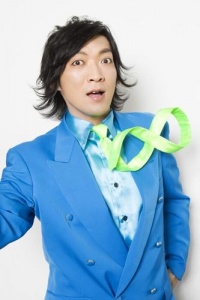 Hideo Suwa is a long-time vocalist in BEMANI, who made his first appearance in pop'n music 6. Since then he's been a frequent vocalist in the series, and has also appeared a few times in beatmania IIDX, jubeat, and GuitarFreaks & DrumMania. Most of his appearances have been with good-cool, though he's also worked with several other composers. He is best known for his distinctive loud, rough singing voice.

Outside of BEMANI, Hideo has released several of his own albums. His most recent album, 無限大, was released in 2012 by TABLIER COMMUNICATIONS INC..