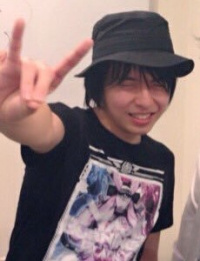 BlackY is a young artist who has won several SOUND VOLTEX contests. Despite his heavy association with SOUND VOLTEX, he first appeared in BEMANI as one of the two winners of the ボクもワタシも★ポップンアーティスト! (Boku mo Watashi mo pop'n Artist!) contest for pop'n music 20 fantasia. Not too long after, he would become the winner of the KAC2012 Original Song Contest, solidifying him as one of the first major contributors to the SOUND VOLTEX series.

BlackY is a BEMANI fan at heart, citing dj TAKA and DJ YOSHITAKA as two of his biggest inspirations, the influence of which can be heard in several of his trance/trancecore songs. While BlackY specializes in trance & hardcore, his portfolio spans across a variety of genres; dubcore, schranz, future bass, frenchcore, EDM, and so on. He releases albums under his own label, BlackY's BEATFLOOR. He is also known to collaborate often with Yooh, siromaru, and xi, appearing as a guest on albums released under their labels. Since his first appearance in BEMANI, his popularity has seen a huge increase and, as a result, he has contributed to countless labels, including HARDCORE TANO*C, Diverse System, and even becoming a member of EXIT TUNES Dance Production.