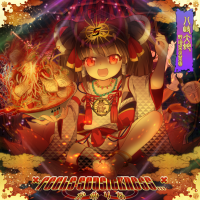 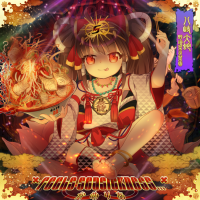 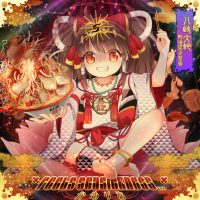 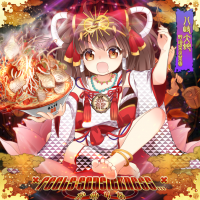 Welcome to seasick show!
Boys and girls, ladies and gentlemen, my name is Camellia.
Thank you for choosing me.

Let’s see, the song I went with this time, “*Feels Seasickness...*” is a song themed around seasickness like in its name. And I don’t think it’s easy to speak of a song describing seasickness... really...!
I was wondering what kind of song would be most fitting to the KAC.
Actually, most of my songs that got into SOUND VOLTEX IV were in huge contrast to the “HEAVENLY HAVEN” subtitle; “Lowermost revolt”, “Xéroa”, “Venomous Firefly”, to be honest, I noticed these were mostly songs that reminded me of the dark abyss if anything.
With Speed Star Kanade? It was similar...!
This time, it was a result of thinking to just enjoy this time and make songs that aren’t too serious! Let’s actually stick to the theme of sailing!
“Seasickness” is the main theme of this song, and sounds reminiscent of a late night party.
I know I sound like I’m saying some crazy stuff, but it’s still relatively logical.

Moreover, because the previous chosen KAC song “Xéroa” was quite blunt, I also thought I’d try to make a song with a sound that made people go “Have you ever heard such a boss song!?” this time.
As a result, I went for a bass-like sound, based on other bass music Glitch Hop, Trap, and Bigroom, and more boldly adopted some Jazz/Swing elements, and I think the song went in a completely different musical direction from your standard boss song.
This is the KAC, so I wanted to abuse Soflan in order to give the theme of “seasickness”, and go as far as to include some strange rhythms such as quintuplets and offset 24th bass notes, then by the second half become high-speed triplet hardcore that you can “kinda get but also don’t”, and becomes a really fun(?) tune!
Then the charter decided to spin the camera a lot, swinging the lanes around like raging waves on a boat, making you feel sick, that being said, I think I’d want any actual results of seasickness kept around here.

Finally, you may have all heard a voice familiar to everybody, and that is nanahira speaking!
Her speaking is only minimal, and this song was just credited to “Camellia” alone, but you can really tell that insanely cute voice among the insanely messed up beats.
It gives quite a S!ck sound as everyone dives into the vivid waves.
For nanahira, I just got “it’s OK” for her comment.
Whenever you dip yourself in that “oke (tub)”, you get to feel warm thoughts even while you cross the stormy seas. Actually quite deep~!

So, this year’s song has about one or two insane things in its chart that every top player can expect, and I am looking forward to seeing you all get this song on your hands.
Thank you very much. Camellia, out~!