This page is for the KONAMI original song by lapix that appears in SOUND VOLTEX IV HEAVENLY HAVEN. For other songs titled Far Away, please see Far Away (disambiguation). 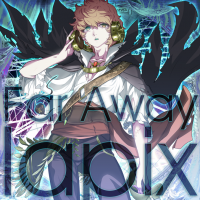