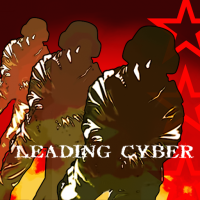 I decided to take on the challenge of creating a successor to GRADIUSIC CYBER, a track that remains popular to this day.
Laying down the required timbres, my intentions were to keep it close to the feel of the previous work while giving it a fresh sense of style.
Although I built up the courage needed to make a continuation to this popular song, I was personally pleased with this method.
By the way, the name of the song may bear similarity to a certain Konami medal game, but it has nothing to do with its content, sorry.


Well, I should talk more about the genre like Togo-chef would.
What is the difference between "big beat" and "digital rock"? As far as I know, it is argued that there is no clear difference between the two (I don't even hear the term "digital rock" being used any more).
I believe it is up to personal interpretation. In my vague image, big beat uses a middle tempo with bulky rhythms. This applies to songs in the IIDX series like GAMBOL, Electro Tuned, and Schlagwerk.
On the contrary, the uptempo style of digi-rock gives off a sensation of running. This song has a large dependence on breakbeats, I wonder if that'll help push it into the lead.
Since it is my own personal interpretation, it may be better not to use it elsewhere. But genres start off when one starts willfully talking about it, so I would like it if this could be a new standard~. (just kidding!)
So, IIDX uses this kind of feeling as such, but the genre is basically decided by the person who made the track, so there are certain exceptions depending on the person's own interpretation.

LEADING CYBER's movie is the second movie made by VJ YUZ!
The special thing about this movie by VJ YUZ is the beauty of the multilayered style, with comes together with high speed images being displayed quickly one after another! I am so mesmerized by this movie... (Even to this very day, I am still mesmerized)
Well, for now, I will hand it over to your special guest, VJ YUZ!

I was very lucky to be responsible for the movie of LEADING CYBER, by dj TAKA. It is my favorite in beatmania IIDX 3rd style. Although the working period felt intense, the power of dj TAKA's music preserved my integrity. I enjoyed working with being kept on my toes.
I especially enjoyed listening carefully to the scattered sounds placed in this song and inserting the images when necessary.

The more you hear it (the more you play it) the more you taste LEADING CYBER!
dj TAKA, as a fan, I expect more great songs out of you in the future.

1. Get a convenience store lunch box from VJ GYO.

3. Become aware of the constraints of your sleeping hours.

5. from the BPM and frame data, prepare the loop material.

6. Make a rough movie as a base, from the song's length in total.

9. Attach the beginning and ends together.