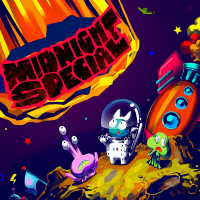 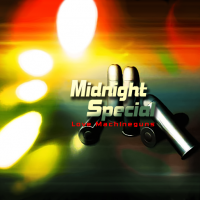 Sakurai: I went to Tower Records after finishing my work in DM1st, and heard a ska punk song playing. It sounded interesting from a game standpoint, so I wondered if I could do something like that next time. "P.P.R." and this song were written together with Ono, and it's faster when we write together because I don't get lost (laughs).

Ono: Yes, yes, it's fast and fun! (Laughs). When we make songs together, we both grab a guitar and play "1, 2, 3, 4". The most important aspect of DM and GF is the "band groove". The songwriting process became into a private live performance (laughs). That's a very common thing.

Sakurai: That's right (laughs). The intro and the final "bababababa-" are melodies written by our youngest member, Yuei. Right!