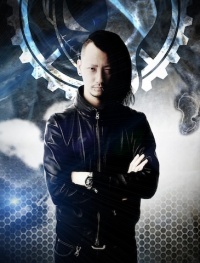 Being one of the recent and most prolific figures on mainstream hardcore and gabber in Japan, Myosuke has released tracks for several labels overseas such as The Third Movement as well as officially remixing Rotterdam Terror Corps.

Myosuke is proficient on genres like mainstream hardcore, gabber, hardstyle, and more recently even trap music, as well as speedcore, terrorcore, and extratone under his Filthy alias. He has helped establish hardcore genres in Japan founding Psycho Filth Records in 2010, Japanese Stream Hardcore in 2011, and FREAKIN WORKS in 2014 as well as organizing the HARDGATE festivals, bringing acts such as Dirty Bastards and Art of Fighters into Japan. He's an active member of HARDCORE TANO*C and a director of its sub-label HARDCORE TANO*C HARD, and, as of 2018, he is also signed to the Australia-based label Dogfight Records.