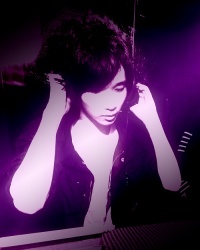 Rei Furuba, better known as Kobaryo, is a Japanese music producer and one of the rising artists in the speedcore scene. He is one of the latest members of the HARDCORE TANO*C circle and is also an avid contributor to labels owned by DJ Myosuke, releasing two albums under Psycho Filth Records. He also owns an experimental indie label named HiTNEX TRAX (formerly HITNECK RECORDS).

Unlike other artists in the scene such as m1dy or DJ SHARPNEL, Rei is recognized for having a more dynamic brand of speedcore (which he refers to as "Chaotic Speedcore"), known to change tempos at the turn of a dime as well as for mixing in elements of various genres ranging from EDM to chiptune to breakcore to twerk to even folk music and denpa. While his works in HARDCORE TANO*C and other doujin circles are on the lighter side of the genre, his contributions to Psycho Filth Records often feature rhythms that are much more aggressive and complex in nature.

Other than speedcore, Rei also produces songs under many different genres, most notably mainstream hardcore, gabber, and frenchcore, but also trance, dubstep, hardstyle, downbeat, psytrance, and so on. He uses certain aliases depending on the song's genre.