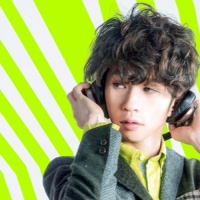 Tomoyuki Hamada, better known as t+pazolite, is a hardcore music producer and longtime member of the HARDCORE TANO*C circle. He is known for his rather chaotic, sample-driven style of music. He owns the C.H.S. label (which stands for "Cutie & Headshaking Sounds") as well as its sub-label Movement on the FLOOR, which is more focused on SOUND VOLTEX contributors. He frequently collaborates with other artists from around the scene; mostly with RoughSketch and C-Show.

Originally arranging Touhou songs, his earlier tracks leaned towards happy hardcore, hardcore rave, frenchcore, breakcore, and speedcore, usually mixing concepts from romantic periods and using a lot of cartoon foley samples, as well as unusual instruments. He's not one to shy off from other genres however, and his portfolio has since grown to touch on various ends of the electronic spectrum, even doing psy trance, trap, twerk, and future bass. He's also admitted to having a fondness for denpa music, often working with RIZNA and lately nanahira.