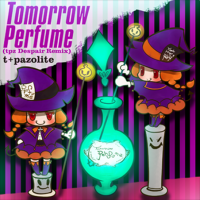 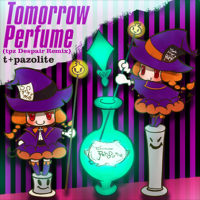 I'm truly thankful that you accepted my remix!
I took the original melody of "Tomorrow is brimming with the feeling of hope" and drowned it in despair with all my might. The pleasant feelings now feel like they've been tainted with a bad ending, don't they?
Everyone please give into the despair for me.