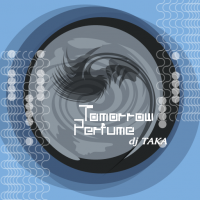 This is it, the produced medley theme of 6th style.
It seems that everyone requested to make the song that debuted on 6th as a playable song, you know, the one that played for the mode and music selection, the opening, the ending, and everything else. We combined all of them into one song.
Originally, when we looked at the image of 6th style, this was a generally known BGM. In my point of view, it's the uprising song that looks like it goes up to the heavens, which was made even more apparent by HES's wonderful presentation. And after receiving his initial interface designs, this song came to be how it was.
As for the production music I made for 5th style, you'd think that these both had a small relation, even though we didn't intend to made them connection. But, it seemed like it worked, with the concept of going to the opening to the ending with both themes. We went from the original song, and just went with the flow to create a standardized image with both of these themes.
But we succeeded! In the attempt that we wanted to renew 6th style's fantastic image.

beatmania IIDX difficulty rated 1 to 7+ from 7th through 9th style, 1 to 8 in 10th style, 1 to 8+ in IIDX RED, and from 1 to 12 from HAPPY SKY onwards.
DanceDanceRevolution difficulty from 1 to 10 from DDRMAX2 to SuperNOVA2, and 1 to 20 from X onwards. (Ratings and notecounts obtained from BEMANIWiki 2nd.)