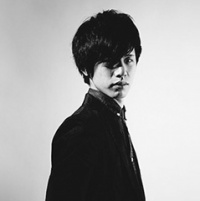 Starting his music career in 2009, aran has become known for his style of electronic music production, containing his unique palette of sounds which incorporate his love for both music and video games. He has become one of the go-to names for progressive house and electro house in Japan and also produces trance, drum'n'bass, drumstep, and EDM.

Since its establishment in late 2012, aran has been a member of the Unitone label and has released multiple albums under the label, as well as serving as a co-director. aran has also made a name for himself in UK hardcore as a member of the HARDCORE TANO*C label.