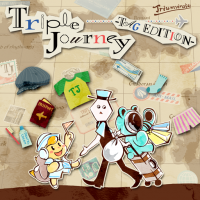 This is a song that appeared as part of a collaboration event between GITADORA, jubeat, and DDR, with the premise that the last song of that event would appear in all three games, but it was not interesting if it was exactly the same song. As GITADORA was part of the event, it was difficult to think of the direction of the song so that it could be enjoyed in DDR, so we finally decided to do different arrangements for each series.
For the DDR version, I imagined an scene where someone did not finish their homework at all on August 31st, and it is catching up with anger.
I was serious because I was supposed to finish it in July, but if I work hard from September until the first lesson of the new school year, I will be fine. Then I remembered that there are friends with other play styles, such as those who forget the homework at home, and those who never do it.