Difference between revisions of "MODEL DD6" 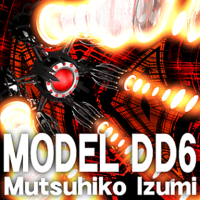