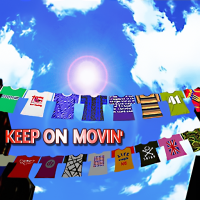 Here's another song from DDR. Being a very poppy song, we made it so that people can enjoy it on the lower-difficulty stages. Just like with PARANOiA, the DDR Sound Staff recreated the song so that it could be ported over to this version of beatmania.