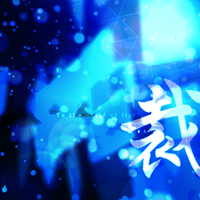 Three CaptivAte have come together in IIDX: Purification, Judgment, and Oath. Can you see where the fragmented stories are starting to connect? I would like to listen to all the songs as a single piece someday, but if that happens, "Judgment" will surely be remixed by...... me (impatient

IIDX now is porting songs over from Gitadora now. Applauses!
I'd like to talk about some episodes of this movie, which was co-produced with F-FLY, that were untold.

After hearing the story from DJ YOSHITAKA, we decided on the direction to take, and then we worked on it in a relay style.
Every day was a VJ battle.
We would create, hand it over, and come back and say, "Wow! That's how it's done! F-FLY is so cool!"
"You think this was good work? Well, I'm not going to lose!" And things like that.
We made use of each other's strengths to create a single video. Finally, we carefully checked each other's work and completed it.
I know this is an abstract expression, but I hope you can feel the strength, the tragedy, and the sense of speed that opens everything up.

Anyways... I'm looking forward to working with you... Thanks...

Nice to meet you, Gitadora users.
My name is HES.

This is my first collaboration with F-FLY.
I tried to express the image associated with the lyrics in an abstract way.
I hope you enjoy the screen transitions.