Not to be confused with Garden of Love. 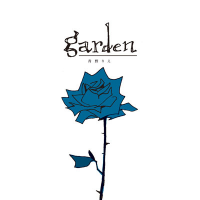 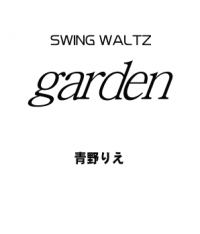 From "beatmania IIDX", night and day, I think of you and sing.

Yes, yes. It's a garden. Thank you. It's a garden. Garden. The lyrics are in English so it's probably hard to understand, but as Miss Aono explains below, it's basically a little gardener girl talking about how she prunes bushes into the shape of rabbits and flamingos. After all, it is "garden".

When I write songs for IIDX ... a lot of things go through my mind, like what kind of song I should be writing, or what kind of response it will receive. However, this time the IIDX sound directory basically said, "Well, I guess it'd be alright if this time y'all just wrote whatever kind of song you wanted! Hehe!" So I definitely took advantage of it, and I got to write the kind of song I wanted to hear, and get the kind of note chart I thought would be fun. The hyper chart is just about the right difficulty for me to enjoy. The another is just about the right difficulty for someone much better than me to enjoy.

You might think that Miss Aono Rie, the singer for this song, is just another talent we picked up this time around, but actually we go back to college. Even then, everybody knew one simple thing about her: she was really naturally good at singing. Even so, she'd get relegated to the backing chorus a lot. We'd always sit together in big groups in the living room and watch the performances and eat soba.

Oh, yes, since the designers tried so hard this time around it looks like the whole song has a video to go with it; even though they came out with a demo earlier on, as usual it was down to the wire to get the whole video finished, so I'm really grateful for their efforts. I figured, since it is "garden", maybe the gardener girl would show up in the video and start pruning trees into flamingos and rabbits, and I was really excited to see if that would come about, but it looks like instead of a gardener they figured a girl in a school uniform would suit the song better, and that's all right. The first time I saw it running on the arcade cabinet, I couldn't help but slip out a, "Whoa, that's cool!" GOLI's movies just really do it for me.

The first time I sang along to this captivating melody and rhythm, I was reminded of an Oscar Wilde fairy tale.

I hope you can see that mysterious garden.

Two men were together, exhausted, the night before the uploads.


The day of the data file reviews


(Part of this is dramatised, but the conversation was mostly like that.)

Y'know, doing roses right is a big deal, it really is. That one picture took longer than some songs did. The data files were so big it made Jony cry.

By the way, I think this is the best song wac's written so far. I like it a lot. No, even as much as he likes cats. I've always wanted to have the time to do a nice, quiet piece like this.