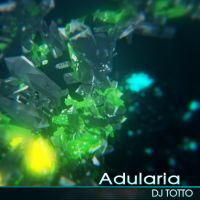 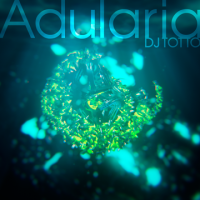 Hello, I'm one of the new DJs, name is DJ TOTTO.
When I start to make a song, I first try to develop a melody, then connect an ensemble of rhythms that would match it well.
Sometimes, from the arrangements that I make, there are elements that I try to empathize and pin down.
For Adularia however, it was suggested from the beginning to "create a song from a reverse playback of a piano."
To say that was the beginning of everything would not be an exaggeration.
Really, all I really wanted to add to the chart were backspin scratches, but....
With that said, I'm not really good with scratching, and I've ended up using the AUTO SCRATCH and LEGACY NOTE options when I play.
I wish I could turn off those options when I play, so I can experience that "Yes!" moment!

Using a picture of an adularia as a reference, I expanded that motif into the video.
I wanted to have a seasoned player have a crisp, refreshing feeling (while playing) throughout the song.