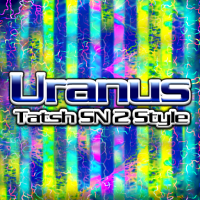 Uranus... this mysterious planet keeps irradiating significant brightness on its own even though it is far away from the sun. This song... features vertiginously revolving melodies along with the mysteriousness of a well-crafted synthesizer sound. When these two features intertwine, it will lead you to another dimension.