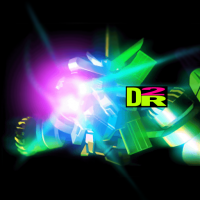 "D2R" by NAOKI is the latest energetic masterpiece from the same artist behind hit Dance Dance Revolution songs like "DYNAMITE RAVE", "BRILLIANT 2U" and "B4U". Packed with high-energy rhythms, ultra-fast rap vocals and soulful female vocals, "D2R" will have you tearing up the dance floor.