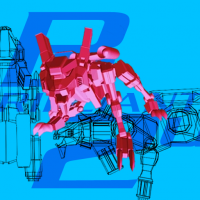 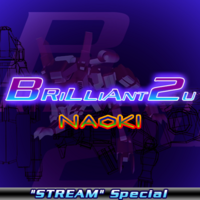 The very fact that this song is in beatmania THE FINAL made me feel some sort of closure.
Back I was creating BRILLIANT 2U, beatmania 2ndMIX had taken arcades by storm.
How many years have passed since then?
Times have changed, and the things that changed have changed significantly.
As all of these things are starting to change, is there anything that stays the same?
And just like the ebbs and flows of time, everything that has a beginning has an ending.
Are the things we're doing now working to create a tomorrow after they've ended?
It's a sad thing to only be able to remember the past.
And that's why the future that continues beyond the end of beatmania... begins here.

Debuting on DanceDanceRevolution, "BRILLIANT 2U" is a classic from the series.
Not only is NAOKI responsible for composing most of the KONAMI original music in the DanceDanceRevolution series, but songs like "BRILLIANT 2U" are considered theme songs of the game.
Be sure to check out the new challenge level steps of the song as well as the new "K.O.G G3 MIX" in this game as well.