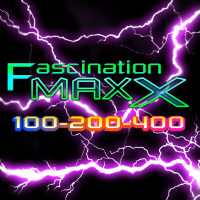 This is one of those songs where impossible speed fluctuations are a vital part of the song, and are the key factor of sharpening this song's difficulty.
While trying to keep this song on top of DDR's difficulty, it's just one of the games that we want to put a challenging song in!
Try to clear it! Provided you have the skills necessary to clear it, of course.
Pay attention to the beat of the song. You might lose your focus like as if you were dancing!