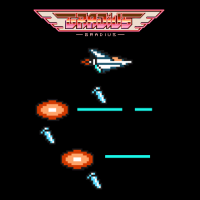 In order to protect our planet Gradius, Super Dimension fighter, VIC VIPER, has now taken off into the darkness of the universe. We're not able to save GRADIUS without you. With courage and focus, now, event launch!