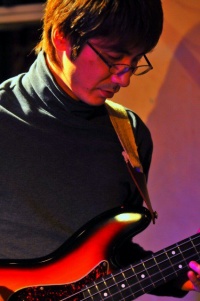 Toshihisa Furusawa is a KONAMI artist who has been composing for the company since 1998, with Yu-Gi-Oh! Monster Capsule Breed and Battle for the Sony PlayStation being his earliest work known. He was the sound director for some Yu-Gi-Oh! games, and was one of the composers for other KONAMI games such as Magical Halloween3 and Tongari boushi to mahou no 365 nichi (とんがりボウシと魔法の365にち).

In BEMANI, Toshihisa is mostly featured as the bassist for several songs, most of them involving either Naoyuki Sato, Hideyuki Ono, or Aiko Oi.