This page is for the KONAMI original song by U1-ASAMi titled ANNIVERSARY. For the license in ParaParaParadise by DAVE, DOMINO & VIRGINELLE of the same name, please see ANNIVERSARY. 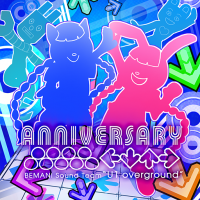