This page is for the e.o.s song titled e-motion. For the 玉置成実 song of a similar title, please see emotion.

Also, not to be confused with E→motion - short ver -. 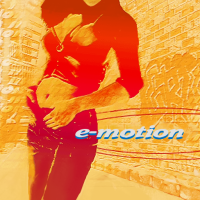 That excitement is back!
A legendary hit number!

Refreshing excitement with this great hit!

They wanted a "poppy and danceable song", and it's also my favorite genre, so it all came together relatively smoothly. On the CD, you should also be able to identify sounds that you couldn't hear in the arcade.

The deep bass hardcore beat will get your adrenaline pumping.

The 2nd MIX of the original rave number.