Not to be confused with It's A Miracle. 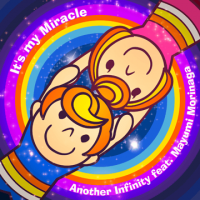 It's my Miracle's jacket.