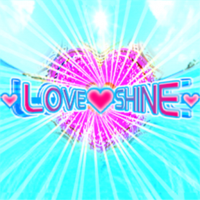 It's a J-HAPPY HARDCORE number with NAOKI's recent full-throttle sound.
It burst into high tension for the first time in a while, and is recently one of my favorite songs.
After BRE∀K DOWN!, BeForU broke out with member Riyu Kosaka.
Her effective vocals are beatful and punchy, with a vertical groovy beat number containing very good chemistry, and she poured her entire soul into LOVE・SHINE.
I really care about current trends, especially since we're transitioning in the middle of a convenience era.
If my music is stoic, I guess it's because I'm obsessed with commercial POP. The reason is simply because POP is my "favorite" genre.
This song is exactly like that, and I called it J-HAPPY HARDCORE, a song which made me want to advance towards an unprecedented genre in J-POP.

Making CANDY♥ finer, it contains MAX cuteness and is a straight groovy HAPPY HARDCORE number with an energetic ROCK taste.

This is a song that makes you feel excited and energized, enjoying the sunshine with your body, without thinking about anything.

PURE and HAPPY feelings... Have you recently forgotten when you became an adult??

This song was very popular during the location test. I tried to make the background appear flashy. Please be careful not to be overwhelmed by the shine of the heart object in the center!

Ah, I want to go to the southern islands...