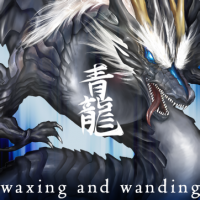 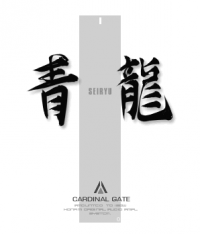 I love the moon.

Once when I was travelling to Europe, when we were flying over Siberia, the only thing floating up in an empty, and I mean truly empty, sky was a perfectly round moon.
It looked just like a shimmering, perfectly round pearl.
The nature of the air high in the atmosphere lent to the effect, and it traced out an arc in extremely high resolution.
As I was watching this gem of the heavens and bathed in its almost mystical light, I fell into the impression that all of my everyday cares were being healed.

This image is burned deep into my retinas.

This wonderful voyage occurred four months after I finished this song.
What!? Yes, that's right. Four months after. Almost exactly.
The passage before was just making up an image. Sorry. I'll reflect on what I've done.
As I made this song, I was thinking lots of exuberant thoughts like "Oh~, the moon. It's awesome~! So fabulous!"

Yes. That's right! It was four months after. I just grew a little bit, is all.
Don't make me say it over and over again.

Well, thank you so very much for having a look again today. This has been Seiryuu, and now everything is exposed.

For some reason, T called this song "wowow".
Maybe it doesn't abbreviate very well, I just don't get it, it's just one thing after another ...

And so, with everything exposed, this is Sei ... huh? Hey, I told you, it was four months later!
Four months later, and not a centimeter more! Get serious, I'm gonna get mad!