Difference between revisions of "Lapix" 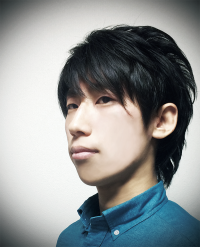 lapix is a Japanese music producer that first started appearing in BEMANI as a SOUND VOLTEX FLOOR contestant. As his appearances increased in number, he quickly became a fan favorite of the series. He is one of the few major contributors to SOUND VOLTEX that isn't an existing member of beatnation Records or HARDCORE TANO*C to be commissioned for beatmania IIDX.

An advocate of his genre in the Japanese scene, lapix's specialty is psytrance; primarily the hi-tech variant, but also the regular, psycore, and psystyle variants as well. Many of his songs usually involve elements of hi-tech sound and he's known by fans as the "HiTECH NINJA" (which lapix now uses as a secondary alias for faster psy songs). While psytrance is what he's known for, his talent is capable of much more than that, often composing UK hardcore and touching upon many more genres.

Former member of the LiLA'c Records doujin label, he is now the lead member of the MEGAREX label, where he releases his own albums and produces the Ultra Hitech compilation series (and recently the new BASS AVENGERS series). His popularity in SOUND VOLTEX and IIDX have also spread outside of BEMANI and lapix has quickly grown into a major name in the electronic side of the doujin scene, appearing in releases under several major doujin circles and live events.