This page is for the song CANDY♥, a 小坂りゆ song from DDRMAX2. For other songs of similar titles, please see CANDY (disambiguation).

Also, not to be confused with candii. 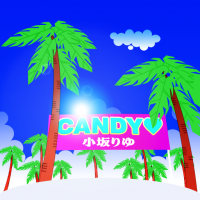 The original version of the song, "CANDY", debuted on DDRMAX DanceDanceRevolution and was entirely instrumental. The song's fun combination of pop, rock and a fast-paced tempo gets a new sugar coating with cute Japanese pop styled vocals. With its sweeter appeal, everyone will be jumping up and down for some candy.

※ The notecount of this chart is different from the old 5-Buttons chart (total notes: 177).