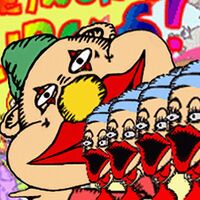 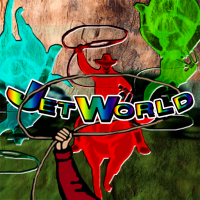 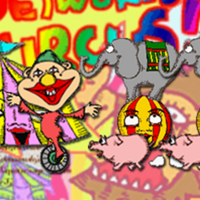 That popular GUITARFREAKS song makes its appearance in pop'n!

This song was in GUITARFREAKS 2ndMIX.
I attempted to create a mixture of a country vibe and a punk vibe.
Please enjoy the cheery rhythms.

I put the chord progression of blues and the chorus of gospel music into the fast-paced rhythm of country music, and played it with a hard sounding guitar. I don't know which genre is the result, but it's a fun and groovy song that I like a lot myself.

You must already be familiar of it with GUITARFREAKS. This long version was originally made for the G.F.2nd soundtrack CD, and, at the time, I never thought that it would be used for a game. So the drum patterns and guitar phrases weren't created with the game in mind. If I had known it was going to be used in a game, it would have been different, with more fill-ins, etc. But the song has a lot of energy, so it should be exciting, right?.

This fast-paced, country-like song was originally included in GUITARFREAKS 2nd. I hope you enjoy it a lot in pop'n.

"Jet World" by Mutsuhiko Izumi is a toe-tapping and knee-slapping upbeat song that combines elements of country, rock, and classic dance. "Jet World" brings a completely different sound to the Dance Dance Revolution series and offers a refreshing throwback to good ol' rock'n'roll.

Mr.B.BONE can help you with all things guitar! He will teach anyone kindly and passionately!

I haven't progressed much... His movements are similar to those of the forest policeman that appeared in P6. The charm point is the movement of his hair, I guess?