Not to be confused with Tamayori. 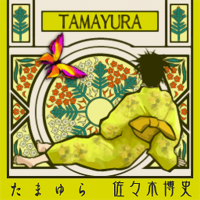 ⁑ Denotes chart is unused and cannot be accessed through normal gameplay,