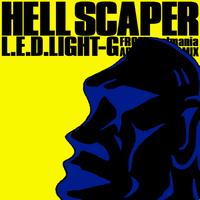 This is another long-awaited port from GOTTAMIX.
If you can play along to this high-speed, explosive gabber breaks track and ask for more, you're pretty good.

The backgrounds can't keep up with the speed of the song... Regardless, I sought to have dim-witted, broken backgrounds.
And the Moai heads? By the time you finish playing, you should only be able to speak in hiragana. Jan~