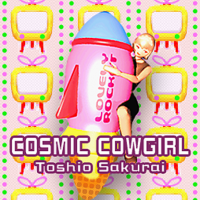 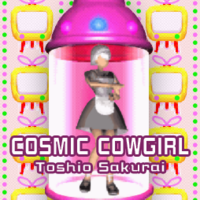 GF1st&2nd have groundbreaking songs such as "HAPPY MAN" and "JET WORLD", respectively. But this time, Izumi did not write such a song. Well then, I'm doing it (laughs). I did some research on why are those two songs so interesting. This song was aimed to be a hit Also, I personally have made a lot of songs with a band (drums, bass, and guitar) recently, so I thought in using synths once in a while.

I had a hard time with this one (laughs). People often ask for a "longer version", but it's not that easy to make it longer (laughs). In addition, the data on my Mac from the previous version was corrupted, so I had to replay everything. The guitar solo sounds a bit different, but actually I only used the equalizer.